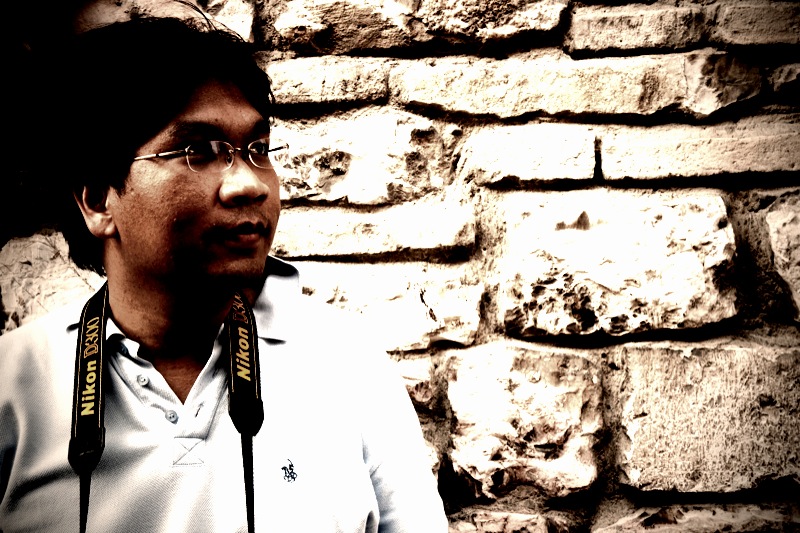 Life began so many years ago .. I lost count.

The first 18 years of my life is quite uneventful - got educated from one of the best (and most famous) Catholic school in Bangkok { back then }, had my chance with Entrance exam and got admitted to Silpakorn (Education - English major) which I decided to give up the seat later on - I love English but not that much.

A year later, I went to the San Francisco, USA. :)

During my 8 years in the USA, I learned everything from writing codes that conform to the standard, working independently and with various groups of people { the so-called teamwork, which many Thai people don’t really know }, running a medium-sized IT business, operating a restaurant and most important thing - I learned to think outside the box { being raised in a Chinese family, the BOX is everything! }.

Now back to reality, I am in Bangkok. Most of the time, I do website { either for myself or someone else }. Some other time, I do C++ just for fun. The rest of the time, I read. I do not sleep much. I can sleep as much as I want later on in my life.

Anything else? I don’t think so.

It has been almost 6 years since I posted this page. But not unexpectedly, there are not many changes. Well, there are changes.

I moved away from IT business and instead working in art & crafts area. To be extremely specific, I am selling yarns. It began about a year ago. And to my surprise, yarn business has proven to be less stressful. I am still doing website every once in a while, mostly for the yarn shop and for my own pleasure. I also find peace in non-profit works every now and then. Past experience taught me that “clients don’t like to pay” so non-profit removes the hassle of “chasing after the debt”. I am generalizing but that is intentional.

I spend quite a lot of time traveling, considering the nature of being a business owner. I like taking a short trip to the seaside cities. Pattaya and Hua Hin are my favorites. I also love traveling abroad. My usual destination is obviously (if you follow my blog) Hong Kong. I like Singapore too but food in HK seems to be better. I plan to take some longer trips somewhere in the future; San Francisco is of course one of the destination. That is still in a far future though.

Watching series, reading, exercising on my running apparatus are my hobbies. I need to make more time for sleeping.

Last but not least, I am a Catholic.

It’s been 9 years since the last time I update my “profile” and since there’s a major change to my life. It’s fitting to post the update.

Late last year, I (after a long contemplation and several discussions with my wife) have decided to close the business we’ve running for 11 years. We have been struggling to keep things going but the time has come to abandon ship.

During the week prior to Gaudete (3rd Sunday of Advent), right when I’m about to get stressed out on the prospect of being unemployed, I’ve got a job offering. This job will take me into a deep uncharted water. Then the word of Pope John Paul II came to my mind …