Last quarter of 2012, I’ve decided to get my first Android device. The Nexus 7 seemed like a good choice - pure Android. And I like it.

Then I saw more and more of the Android phones/tablets (aka phablet) and I thought “that thing can do more than my Nexus, it can do something that the iPad mini cannot and it’s smaller than both”, nice. So I decided to get the Samsung Galaxy Note 2. 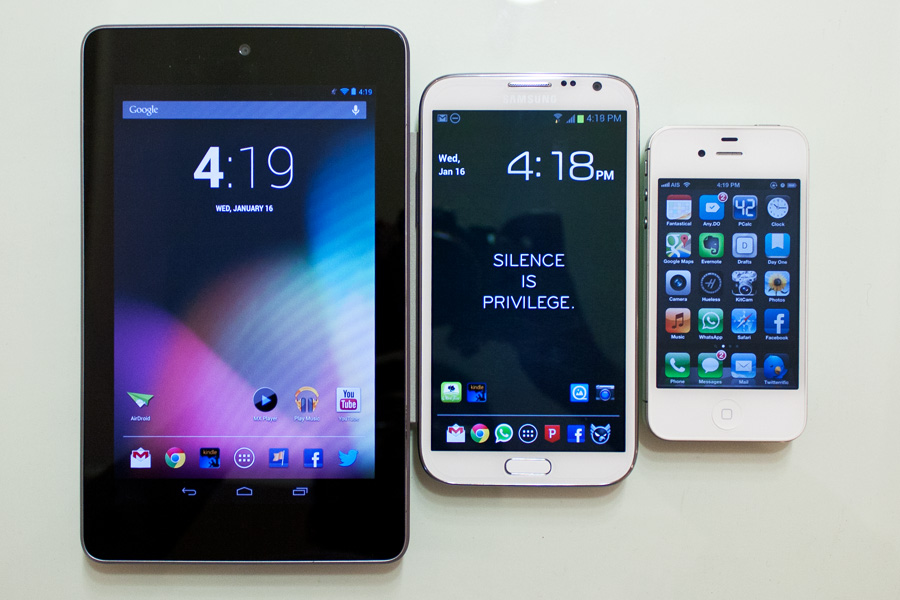 I don’t like Android because of its openness in term of development. I have planned to play around with coding on Android but that would be just for fun. But I like the openness in term of media consumption. I don’t have to convert the video file into an acceptable format. I can even watch an flv file if I want to. I can also “copy or remove any files” to and from the device without having to “sync” it. And those are the something that the iPad mini cannot do. (Mind you, that is very risky but I believe I know what I am doing.)

But when it comes to Apple product, this is exactly my thought.

I didn’t decide to try an Android phone because I was dissatisfied with Apple or the iPhone — in fact, I still think the iPhone is one of the best-designed and most appealing products of any kind that I’ve ever used. I have a MacBook Air and an iPad that I also love using, and I recommend them whenever I get the chance. (Source: Why I’m thinking of ditching my precious iPhone for an Android by Mathew Ingram)

That being said, if Apple comes out with a shiny new iPhone 6, I will stay up late to watch the keynote with the urge to get one immediately when it’s available. As for Android (in this case Samsung Galaxy Note 2), it’s a nice addition to my gadget life but I don’t think I’ll use it as my main device.