DISCLAIMER: This is my personal review of the iPad. There are formal reviews of the iPad all over the web. If you are looking for a technical review, please google for it or head to Engadget.

After a long contemplation, I decided to trade-in my old iPhone 3G for an iPad. I got the 64GB WiFi version since I will be using it mostly at home and the office. And since I have already bought a MiFi, I will be able to use it outside too if necessary. (I will talk about MiFi later.)

I have been using/playing with the unit since I got home, that’s about 8 hours. Here is my initial impression.

The iPad and Its Keyboard

First of all, it worths all the hype. This is a great piece of hardware. The unit is a bit heavier than expected but it balances out quite well. The screen is crystal clear and extra bright. I haven’t try it out in the sun yet but I think it will perform well. 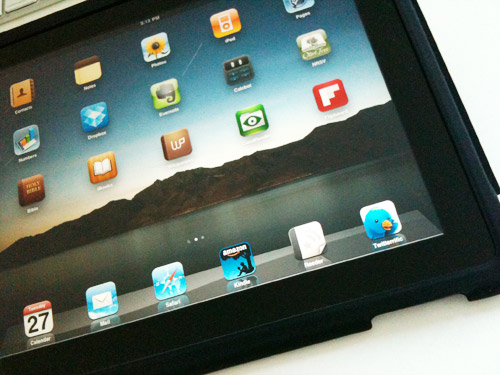 [ Note: I heard a news that Apple is being sued over iPad overheating under the sun. Ummm, the front of this thing is black. Black absorbs sunlight. Sunlight comes with heat. Black thing tends to heat up under sunlight. My camera feels warm-to-touch under sunlight. Common sense … don’t sit and use iPad under direct sunlight for too long. -“- ]

The onscreen keyboard needs a bit of getting used to. It is quite difficult to type since I have the habit of resting my fingers on the home keys. So the backspace got the most used at the moment.

In portrait mode, the keyboard is rather small to type so I have to switch to “peck mode”. 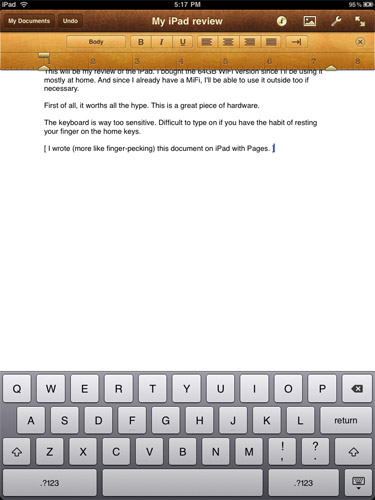 Landscape mode is more useful since the keys are significantly larger. But I still feel awkward touch-typing on this thing. Mind you, I have significantly big hands. :p [ Note: The onscreen keyboard typing speed does increase after a period of practice so I believe my complain will not be valid in a few days. ]

Good news is my old Apple’s bluetooth keyboard does work with the iPad too and I am having fun typing on it right now. 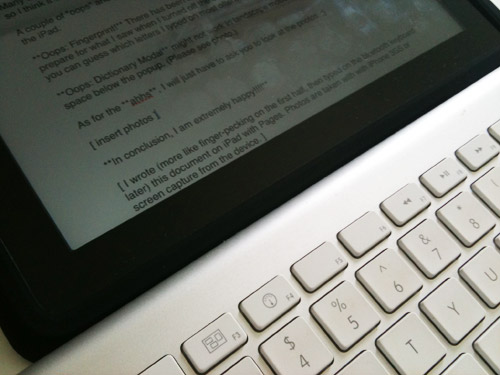 If you have a bluetooh keyboard connected and you need to use the onscreen keyboard (for whatever reason), you can press the Eject key on the external keyboard and the onscreen will slide up.

There is no official Thai keyboard in the firmware yet so I cannot comment on that. There are a couple of paid software-enabled Thai keyboard floating around; one in the App Store ($.99) and the other required a jailbreak (150 baht). I do not really feel the need to pay for a Thai keyboard and I only jailbreak the devices I do not use daily so I will live with no-Thai-keyboard for now.

Currently, I have about one and a half page of applications. The second page contains rarely used built-in apps. Some of the most often used are … 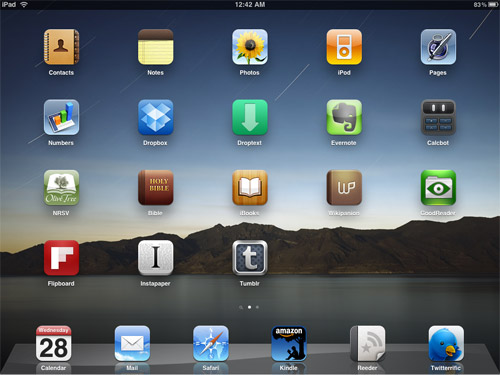 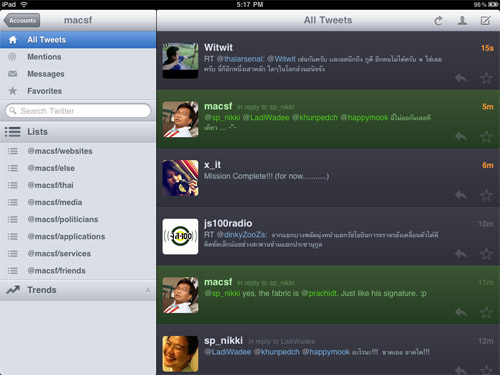 (Yes, I have “that book” too. I have not managed to read past the intro yet. The content is “too disturbing”.) 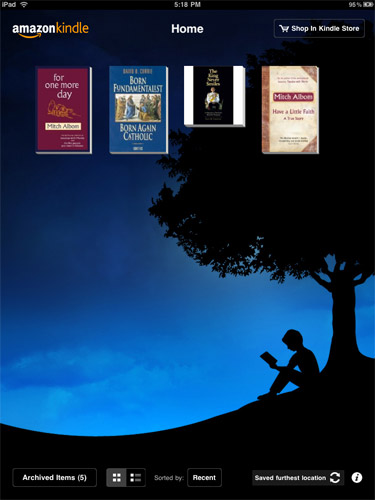 Many of them are paid applications but they are compatible with both iPhone and iPad so I think it worth the investment.

The iPad is running iOS 3.2.1 so there is no multitasking. I do not feel that I miss anything though. I rarely use the multitask feature on my iPhone 3GS (with iOS4) anyway, except for the “close this application” feature. -“-

One feature I would love to have from iOS4 is Unified Inbox and I hope it will come soon. Oh, separate signature for each email account would be nice too! A couple of “oops” and plenty of “ahhs” happened during my marathon-excitement with the iPad.

Oops Fingerprint! — There has been talks about this all over the web but I did not prepare for what I saw when I turned off the screen for the first time. If you look closely, you can guess which letters I typed on most often! :P Ahhs Dictionary Modal — I can look up definition anywhere anytime! I love dictionary! Oops Dictionary Modal might not work in landscape mode if there is not enough space below the popup. (Please see photo.) Oops Pages only comes with Letter paper setup. I cannot find a way to set it to A4 any where. Maybe I did not look hard enough. Ahhs I can “send” documents (such as email attachment or files saved on Dropbox) to open the associated applications. This is a screen capture of Dropbox app. 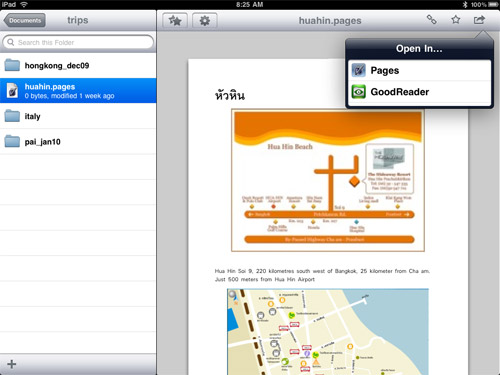 Oops Print — I wish I can print directly from the iPad, at least to a share printer on a Mac.

Oops How can I move this document out from the iPad anyway?

As it turns out, I need to export the document then save it out via iTunes or attach it to an email then send to myself. The same also applies to adding document to the iPad. It has to be done via iTunes.

As for the rest of the ahhs, I will just have to ask you to look at the photos. ;) 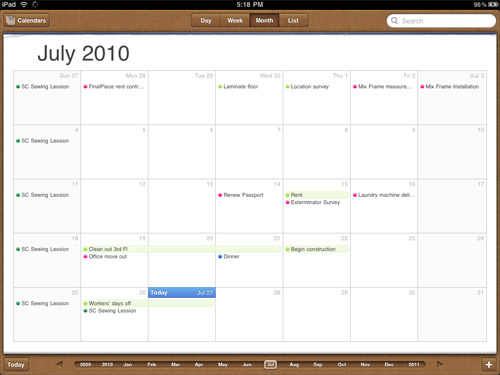 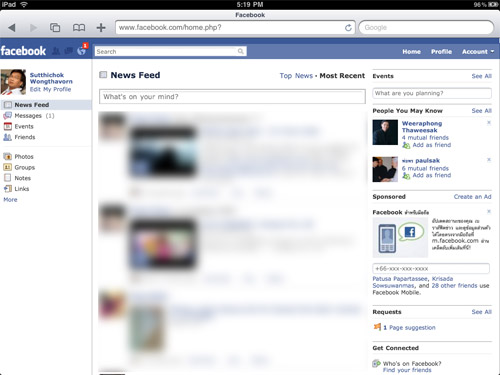 I am certain that I would not be writing a website on this thing (but editing website content, I can do). But I believe it could be a potential notebook-replacement for an average daily computer usage (email, web surfing, social networking, etc.) In conclusion, I am extremely happy!!!!

Question to the current owner: Should I get a screen protector? Personally I do not like it that much and I already bought the case. Should that be enough?

[ I wrote (more like finger-pecking on the first half, then typed on the bluetooth keyboard later) this document on iPad with Pages. Photos are taken with iPhone 3GS or screen capture from the device. ]